Select a Charity to donate to

You're helping people with primary immunodeficiency!

You are now leaving

You are now leaving an Octapharma property. Links to all outside sites are provided as a resource to our visitors. Octapharma disclaims any and all liability for the content, services, or privacy practices of sites that are not owned and operated by Octapharma. Linking to this site is done at your own risk.

To return to the prior page, close this window or select cancel.

To continue to the offsite link, please select continue.

What Are Donation Points?

How Much Are Donation Points Worth?

Points have no cash value to IgCares program members and cannot be redeemed for any purpose other than donation through the IgCares program. One donation point = one dollar ($1.00).

How Do I Donate Points?

Go to the Give page. how many points you have to donate, then select the amount of points you want to donate and the IgCares program charity to receive them. That’s all it takes! 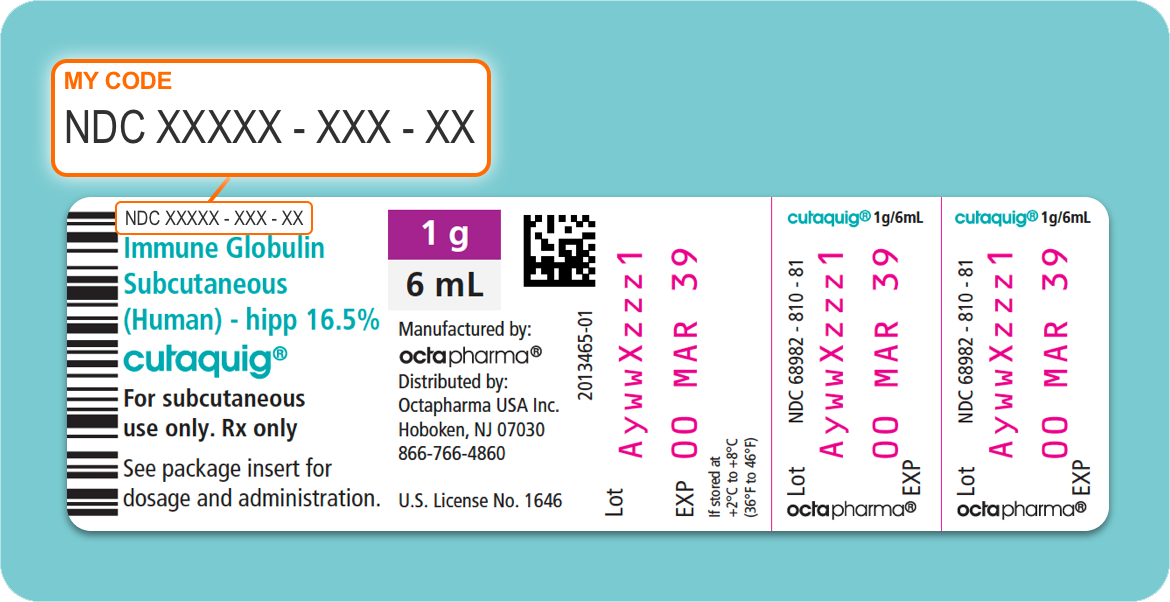 How the Immune System Works with Primary Immunodeficiency

The immune system is composed of a variety of different cell types and proteins. Each element performs a specific task aimed at recognizing and/or reacting against foreign material. Its task in the body is to fight off bacteria, viruses, and malignancies in order to keep us healthy. People with primary immunodeficiency (PI) have impaired immune systems, thus are susceptible to frequent, long lasting, and often life threatening illness. PI disorders can be the result of deficiencies in only a single component of the immune system or in multiple cells and proteins – this determines the type of PI disease a patient has, and its associated treatment alternatives. 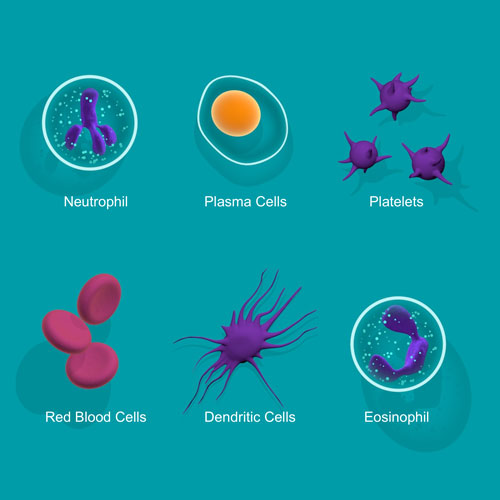 The immune system is a wonderful collaboration between cells and proteins that work together to provide defense against infection. These cells and proteins do not form a single organ like the heart or liver. Instead, the immune system is dispersed throughout the body to provide rapid responses to infection. Cells travel through the bloodstream or in specialized vessels called lymphatics. Lymph nodes and the spleen provide structures that facilitate cell-to-cell communication.

The bone marrow and thymus (a small gland in the chest) represent training grounds for two cells of the immune system (B-cells and T-cells, respectively). The development of all cells of the immune system begins in the bone marrow with a hematopoietic (blood-forming) stem cell. This cell is called a “stem” cell because all the other specialized cells arise from it. Because of its ability to generate an entire immune system, this is the cell that is most important in a bone marrow or hematopoietic stem cell transplant. It is related to embryonic stem cells, but is a distinct cell type. In most cases, development of one cell type is independent of the other cell types.

Examples of How the Immune System Fights Infections

Our bodies are covered with bacteria and our environment contains bacteria on most surfaces. Our skin and internal mucous membranes act as physical barriers to help prevent infection. When the skin or mucous membranes are broken due to disease, inflammation or injury, bacteria can enter the body. Infecting bacteria are usually coated with complement (specialized proteins) and antibodies (immunoglobulin) once they enter the tissues, and this allows neutrophils to easily recognize the bacteria as something foreign. Neutrophils then engulf the bacteria and destroy them.

When the antibodies, complement, and neutrophils are all functioning normally, this process effectively kills the bacteria. However, when the number of bacteria is overwhelming or there are defects in antibody production, complement, and/or neutrophils, recurrent bacterial infections can occur.

Most of us are exposed to viruses frequently. The way our bodies defend against viruses is different than how we fight bacteria. Viruses can only survive and multiply inside our cells. This allows them to "hide" from our immune system. When a virus infects a cell, the cell releases cytokines to alert other cells to the infection. This "alert" generally prevents other cells from becoming infected. Unfortunately, many viruses can outsmart this protective strategy, and they continue to spread the infection.

Circulating T-cells and NK cells become alerted to a viral invasion and migrate to the site where they kill the particular cells that are harboring the virus. This is a very destructive mechanism to kill the virus because many of our own cells can be sacrificed in the process. Nevertheless, it is an efficient process to eradicate the virus.

Major Components of the Immune System

Blood: Blood is the circulatory system that carries cells and proteins of the immune system from one part of the body to another.

Bone Marrow: The bone marrow is the location where all cells of the immune system begin their development from primitive stem cells.

Liver: The liver is the major organ responsible for synthesizing proteins of the complement system. In addition, it contains large numbers of phagocytic cells, which ingest bacteria in the blood as it passes through the liver.

Lymph Nodes: Lymph nodes are collections of B-lymphocytes, T-lymphocytes and other cells throughout the body. Cells congregate in lymph nodes to communicate with each other.

Spleen: The spleen is a collection of T-lymphocytes, B-lymphocytes and monocytes. It serves to filter the blood and provides a site for organisms and cells of the immune system to interact.

Thymus: An organ located in the chest, which instructs immature lymphocytes to become mature T-lymphocytes.

Tonsils: Tonsils are collections of lymphocytes in the throat.

The cells of the immune system can be categorized as lymphocytes (T-cells, B-cells and NK cells), neutrophils, and monocytes/macrophages. These are all types of white blood cells.

B-Cells: These lymphocytes arise in the bone marrow and differentiate into plasma cells, which in turn produce immunoglobulins (antibodies). When B-cells encounter foreign material (antigens), they respond by maturing into plasma cells. B-cells can also mature into memory cells, which allow a rapid response if the same infection is encountered again. Plasma cells are the mature cells that actually produce the antibodies.

Cytotoxic T-cells: These "killer" lymphocytes mature in the thymus and are responsible for destroying infected cells.

Helper T-cells: These specialized lymphocytes mature in the thymus and "help" other T-cells and B-cells to perform their functions. T-cells directly attack cells infected with viruses, and they also act as regulators of the immune system.

Monocytes / Macrophages: A type of phagocytic cell found in the blood stream, which develops into a macrophage when it migrates to tissues. Macrophages are essential for killing fungi and the class of bacteria to which tuberculosis belongs. Like neutrophils, macrophages ingest microbes and deliver toxic chemicals directly to the foreign invader to kill it.

NK cells: Natural killer (NK) cells are so named because they easily kill cells infected with viruses. They are said to be "natural killer" cells as they do not require the same thymic education that T-cells require. NK cells are derived from the bone marrow and are present in relatively low numbers in the bloodstream and in tissues. They are important in defending against viruses and possibly preventing cancer as well. NK cells kill virus-infected cells by injecting them with a killer potion of chemicals.

Neutrophils: A type of cell found in the blood stream that rapidly ingests microorganisms and kills them. Neutrophils increase in number in the bloodstream during infection and are in large part responsible for the elevated white blood cell count seen with some infections. They are the cells that leave the bloodstream and accumulate in the tissues during the first few hours of an infection and are responsible for the formation of "pus." Their major role is to ingest bacteria or fungi and kill them. Their killing strategy relies on ingesting the infecting organisms in specialized packets of cell membrane that then fuse with other parts of the neutrophil that contain toxic chemicals that kill the microorganisms. They have little role in the defense against viruses.

Plasma Cells: These cells develop from B-cells and are the cells that make immunoglobulin, or antibodies. When antibody molecules recognize a microorganism as foreign, they physically attach to it and set off a complex chain of events involving other components of the immune system that work to eventually destroy the germ.

Red Blood Cells: The cells in the blood stream that carry oxygen from the lungs to the tissues.

Stem cells: These cells have the potential to differentiate and mature into the many different types of cells of the immune system.

Immunoglobulins: These highly specialized protein molecules, also known as antibodies, fit foreign antigens, such as polio, like a lock and key. Their variety is so extensive that they can be produced to match all possible microorganisms in our environment. Antibodies vary with respect to their specialized functions in the body. These variations are determined by the antibody's chemical structure, which in turn determines the class of the antibody (or immunoglobulin). There are five major classes of antibodies (IgG, IgA, IgM, IgD and IgE). IgG has four different subclasses (IgG1, IgG2, IgG3, IgG4). IgA has two subclasses (IgA1 and IgA2). The various types of PI disease are linked to defects in specific classes, or combination of classes, of these antibodies.

The page contains general medical information that cannot safely be applied to any individual case. Medical knowledge and practice can change rapidly. Therefore, this page should not be used as a substitute for professional medical advice.

The information included on this page has been excerpted from materials created by Immune Deficiency Foundation: